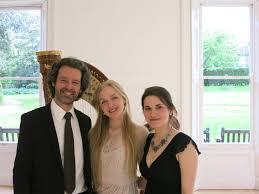 We have sponsored the annual Camac Competition in London for the last fifteen years. This is a national competition for harpists under thirty, studying and / or resident in the United Kingdom.  As of 2014, we began a collaboration with the well-known London concert series Proms at St Jude’s, who now offer a lunchtime recital to the winner. Even the fact the French are banned from competing has done nothing to dampen our enthusiasm.

That the London Competition has reached the stature it has is due in no small measure to Virginia Burdon-Cooper, former string and harp secretary and also chairman of the entire executive committee. It was Virginia who had the idea of looking for sponsorship in order to create cash prizes, and therefore boost the competition’s profile. On Charlotte Seale’s advice, Virginia wrote to us; Eric replied; and we have been festival partners ever since.

It is humbling to reflect on how much the music world, particularly music education, owes to the work of volunteers. Countless competitions, festivals and concert series are run by voluntary committees, or are kept together by volunteer stewards and helpdesks. Usually, it’s a lot of work; the volunteers we met at the Wales International Harp Festival in Caernarfon were putting in 18-hour days, and – like Virginia – had also played a key role in festival fundraising. Often fine musicians themselves, the concerts, competitions and opportunities they organise, and the support and encouragement they provide, are significant practical and emotional starting-blocks for aspiring musicians. 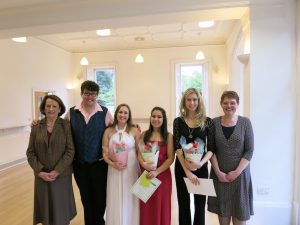 Once you’ve won a competition, landed a major debut recital or passed your trial in the orchestra, the world pats you on the back and says “I knew you could do it”. But this hardly ever happens overnight: someone else was there for you first. Often, they weren’t paid a penny for it, and maybe you didn’t even ever know their name. Volunteers and friends can be an unsung category of hero, but they are vitally important.