The Breton Harp Anthology: now available from the Camac e-store

We’re very proud to be the exclusive distributors for Tristan Le Govic‘s excellent Antologiezh Telenn Breizh, or Breton Harp Anthology. You can buy all three volumes – beginner, intermediate and advanced – under “‘what’s new” on harp-store.com. 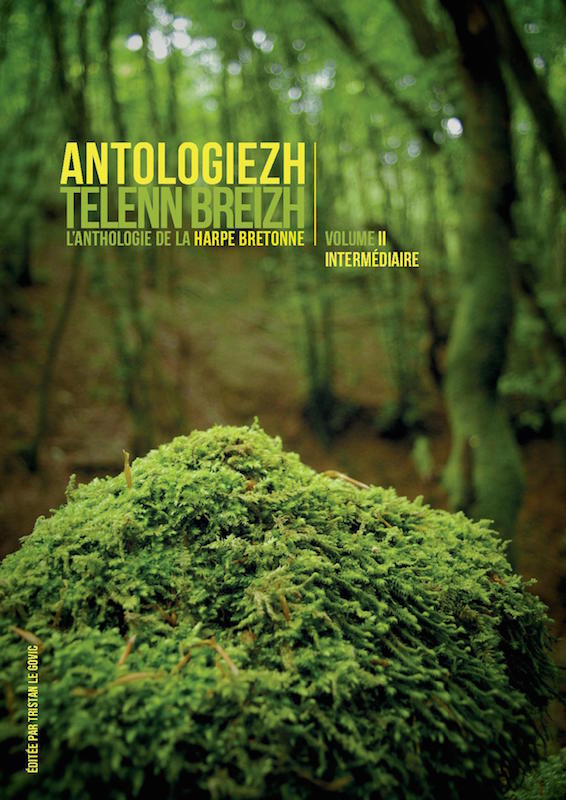 The Breton Harp Anthology is a collection of traditional Breton tunes, and new music in the Breton style, from no less than thirty-eight contributors. Each harpist is based in Brittany, and the book’s line-up also spans the generations of Breton harping today. You’ll find everyone from the founding fathers of the Breton Celtic revival, to the young generation of Celtic players today. “Not every harpist now living in Brittany is Breton”, says Tristan, “which in itself is indicative of the variety and diversity of the Breton harp scene. I asked my colleagues in Brittany to all contribute three pieces, one for each of the anthology’s three levels of difficulty. The response was fantastic – this was an example of a project that actually came to fruition more quickly than you might anticipate – and reveals how rich Breton lever harp playing has become. There’s a mixture of arrangements of traditional tunes, and new music; you can see the variety in the compositions, in the arrangement styles, in the tunes themselves and in their historical development.

At the same time, you also see the roots and the unity within this music, and I think that’s also very helpful. There is a lot of dialogue and fusion across the Celtic lands, but you only get really clever and inspired fusion if you know where you are starting from. I was inspired to compile this Anthology when Ailie Robertson asked me to contribute to the Scottish Harp Anthology in 2010.  I thought it was such a great idea, and would give such a vibrant and close impression of a Celtic harp community. Also, traditional music communities can be quite discreet. Not everything is written down; there isn’t always the same type of marketing going on that you have in classical music. It’ll be great if this anthology can show the world what we’re doing in Brittany. Because it’s a lot!”