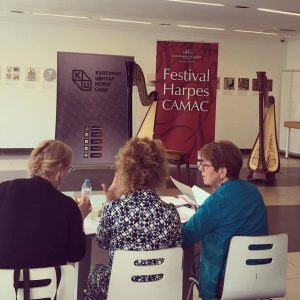 We have spent a great weekend at the 22nd Peter Konjović Competition in Novi Sad. Held every two years, this long-running contest is a fixture of the Balkan harp calendar – and also those of other instruments. Petar Konjović is one of Serbia’s most distinguished twentieth-century musicians, and this extensive competition has been held in his honour since 1991. It is a great opportunity for students, with broad range of categories from young beginners, to professionals under the age of twenty-five.

Here are the results!