Perception technology at the Salle Pleyel 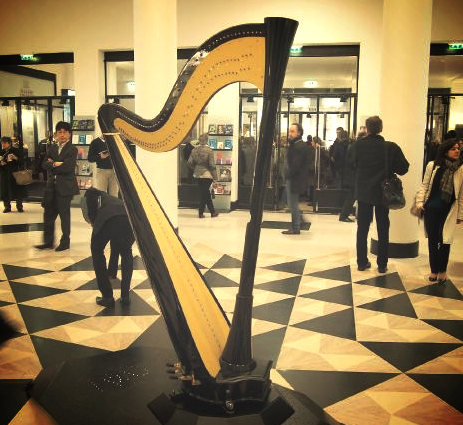 Delivering the harp to the Salle Pleyel, we couldn’t shake off that nagging feeling we’d forgotten something

One of our Atlantide Prestige harps has been on display at Paris’s Salle Pleyel – without strings. This was part of a collaboration with Intel, who placed some intelligent technology in the base of the harp. A tiny NUC computer, plus a 3D RealSens camera in the column, captured the position of your fingers in the air, and created the sound of the string you would have played, had it been there. The colour of the harp’s base even changed colour according to what was played. 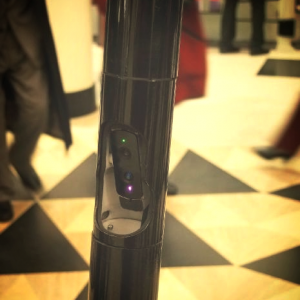 Intel’s concept was to explore new roles for technology in art and culture. The harp project followed the company’s digital haute couture in collaboration with Frank Sorbier (2012), and also looked ahead to the new Philharmonie de Paris. The new concert hall is a state-of-the-art home for music of all kinds, for today’s audiences. In addition, Intel were inspired by our harp itself. In general, the harp symbolizes music in many ways, old and new. Moreoever (though we says it as shouldn’t), Camac’s own innovations “means we feel it is on the same wavelength as our own passion for technology”, according to Intel.