Blog > News > In homage to Germaine, and other reflections

In homage to Germaine, and other reflections

“Says in the program that’s called a “timpani.”

That’s a bad name for it. A big drum like that should have a powerful name, like Bang Box.”

Recently I’ve been filled with even more love for classical music than usual. This is firstly because at work, we have all been remembering the great pedagogue and great human being, Germaine Lorenzini. Secondly, I finally got to watch David Donnelly’s Maestro on a flight (@Amazon: stop blocking this film’s download in mainland Europe!), and also these reflections from a first-time concert-goer cracked me up. 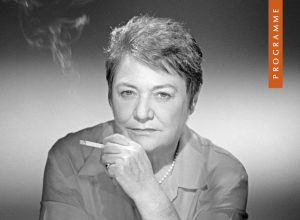 At our recent Camac Festival in Lyon, no fewer than twenty-five artists gathered to pay homage to the late Lorenzini, one of the harp world’s most influential teachers. Why influential? Firstly, her methods worked, otherwise so many of today’s most successful harpists would not have been her students. Incredible though it is, many young musicians sign up to teachers they decide or are told will be good, untroubled by the fact their prof. has yet to produce a single well-known student. But with the exception of young teachers at the start of their classes, the proof of the pudding is in the eating: if someone can teach, you’ll see it in their students.

“There were two things. The first, which is rare in teachers, was that she really delved into the relationship between the instrument, and the body of the instrumentalist. She wasn’t satisfied by just doing what her teacher had told her to do, then passing that on to her students. She really thought about what possibilities each individual had, and what they didn’t. She tried to help her students to find a very harmonious relationship with their instrument, mechanically/technically speaking. Technique is a tool for communicating what you want to express, so the better your technique, the better it is for your music of course.

Secondly, she approached music – and life! – with complete integrity. She had done a lot of orchestra, her musical experience and vision was very sharp. And she was very generous and unbelievably human. She constantly gave of herself in order to help people. This was the ‘Cocktail Lorenzini’.”

What made Germaine special was not only the harp. It was the way she connected it: to music, and to the person she was teaching. Many people can show you how to blow, pluck, scrape or bash an instrument. Many children take these sorts of lessons, because their parents – vague about the point of it all – think they should. But this will only lead at best to an equally vague, and at worst to a miserable relationship with music, when in fact it should be a source of clarity, liberation and joy.

It is no coincidence that, among harpists at any rate, those who have done a lot of orchestra often have the deepest and most joyful vision. There are some noble exceptions, but the harp repertoire on the whole does not make it easy to achieve greatness. You have to be an exceptional personality to imbue much of it with depth, and all the best soloists also engage with transcriptions – the quality of the text bringing new life to our beautiful instrument. In the orchestra, however, even harpists share in the joint creation of a mighty work of art.

Maestro, Donnelly’s film of 2016, follows well-known Estonian conductor Paavo Järvi, and also Lang Lang, Joshua Bell, Hilary Hahn and many others over the course of two years. It took four years to fundraise for and make, and continued amid considerable scepticism that “nobody will care about a film like this in America.” Some music documentaries attempt are fly-on-the-wall accounts of musical life, but without reflecting on our reasons for doing it. This film, on the other hand, is all about the why. For example, Donnelly points out that an orchestra is a microcosm of society. He discusses the importance of a creative economy, and how music contributes to a child’s cerebral development. He explains why tradition is important. Above all, his film identifies the emotional, the human factors in successful music making and how that is crucial to our existence.

“I’ve learned that orchestras are in many ways a microcosm of society at large. Any rehearsal can be examined as a study on human behavior. All over the world, at any given time, over 100 musicians are constantly making choices that impact the common goal of making the best music possible. Thousands of seemingly unnoticeable interactions and compromises are occurring every second. Each musician, who is remarkably talented in their own right, must decide when to ask questions, when to trust, when to speak up, and when to listen.

The growth of an orchestra between the first rehearsal and a concert never ceases to amaze me. Somehow, magically, these individuals become one whole, rising above discord and chaos to create harmony that touches lives. It is this transformation that inspires me to dedicate my life to music. To me, every concert is a miraculous example of what we are capable of when we are determined to reach a common goal.

Be you teaching, in the orchestra, practising your solo or listening to others: vagueness about the point of it all is the bane of classical music’s existence. It causes parents to book piano lessons as a middle-class signifier, not because they want their children to love music. It has kids give up over tedious daily practice, never attaining the delirious joy of a Romantic symphony in a decent youth orchestra, or any other cool musical activity of which there are so many. It makes practice tedious. It turns concerts unimaginative, thins audiences, disconcerts those who don’t like, or don’t have, posh clothes. It causes some marketeers to make music “accessible”, forgetting that while mini-skirts will always be popular, they won’t work if the music is gruesome. Or to put it another way and returning to Kirk Rudell’s hilarious “Thoughts While Attending the First Symphony in the Series my Wife Wanted to Buy“: “Look at his hair—it’s all in his face, and he doesn’t even care. He’s just so lost in . . . whatever the hell he’s doing that I swear they don’t really need”.

There is nothing vague about great musicians, or about great music teachers – and this is also why it is important to pay homage to them. We should all remember not only the what, but also the how, and the why.