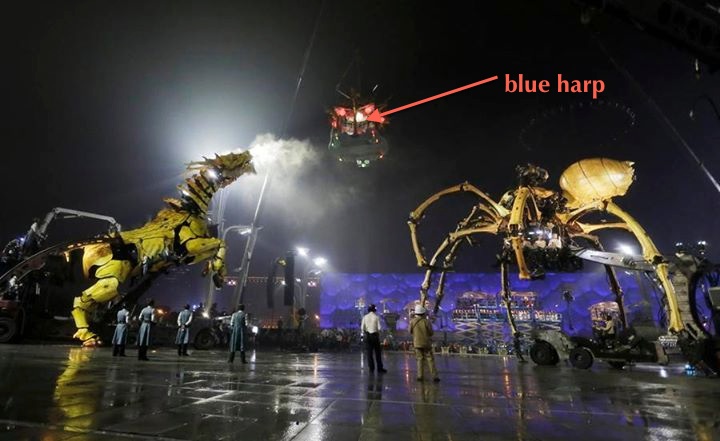 If you look closely, you’ll see that perched in a magnificent temple, high above these giant, mechanical and fire-breathing Chinese dragons, is none other than Rachael Gladwin with one of our blue harps. Rachael has been in China, on tour with La Machine. We’ve blogged about Rachael’s work with the Nantes-based company before: their amazing animated sculptures take them all over the world. 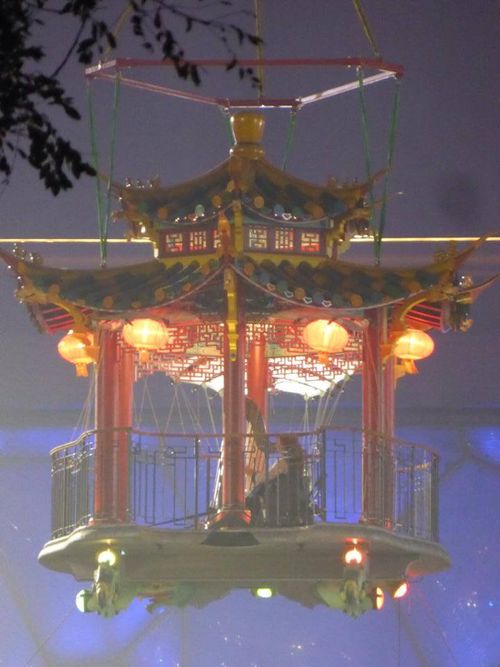 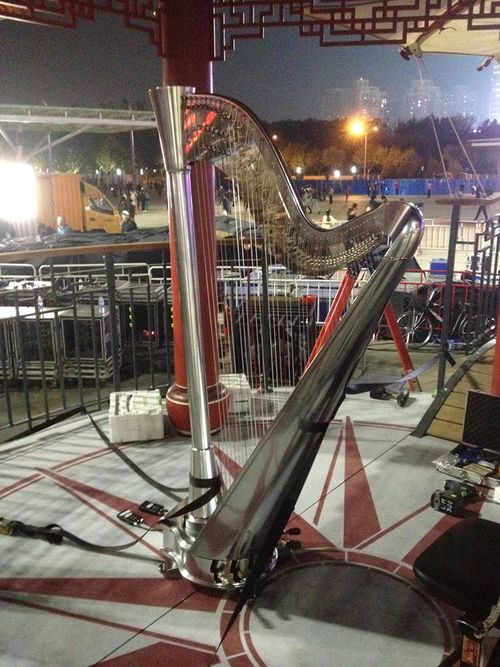 No harps were harmed in the making of this spectacular